Read about our Health and Safety Guidelines

Please note that individual productions may have seperate mask guidance. Refer to the show page and your confirmation emails for further information

Free Exchanges due to illness

If you are feeling unwell, please do not attend :) Contact our box office on the day of performance and we will reschedule your ticket at no charge.

On behalf of the producers, staff and performers, we issue a heartfelt thank you to our audiences who make these generous accomodations for the health of all. We also thank you for respecting the choices of others regarding mask use in our space.

★★★½ Even miles away, the humor and insight of ‘Teenage Dick’ comes through" Catey Sullivan, Chicago Sun Times

It feels about as close to going to the theatre as you can get right now. Props to them for being the first out of the gate on how to do this. Chris Jones, WGN

Theater's most famous disabled character, Shakespeare's Richard III, comes to Theater Wit like you've never seen him before—in the vicious, no-holds barred brutal politics of high school. Richard, picked on because of his cerebral palsy (and his semi-creepy tendency to monologue), is determined to become class president.

But the road to power is never smooth, and Richard must decide: is it better to be loved or feared?

Join us for the Chicago premiere of Mike Lew's devastatingly funny, sharply written new play about perception, disability and the lengths we're willing to go to rise above our station in life.

“Amidst a health catastrophe that's brought Broadway itself to a standstill, I'm thrilled Theater Wit has found a safe way to keep our show running and keep honoring the hard work and immense talent of our artists. I urge you to witness Teenage Dick as much for the experience of the play as for joining this experiment in social connecting despite social distancing.“ — Playwright Mike Lew

See the show via your Computer, Tablet, Phone or Smart TV

Extraordinary times call for extraordinary ingenuity. Theater audiences and artists are collateral damage in this global catastrophe. The unfolding crisis robs us of the simple joy of coming together for a shared story. So we asked ourselves— how can we safely bring everyone together? Even before large gatherings were restricted in Chicago, we were thinking through issues of accessibility. Teenage Dick gives the disabled community its first true anti-hero. We wanted everyone, regardless of their health status or physical limitations, to see the fantastic work of these artists. Mounting concern about coronavirus spurred our decision to make this option available to every audience member.

I strongly encourage anyone who loves live theater, no matter where they are located, to join us and 97 other members of the community. Be with us online to experience Mike Lew’s devastatingly funny, sharply written new play. 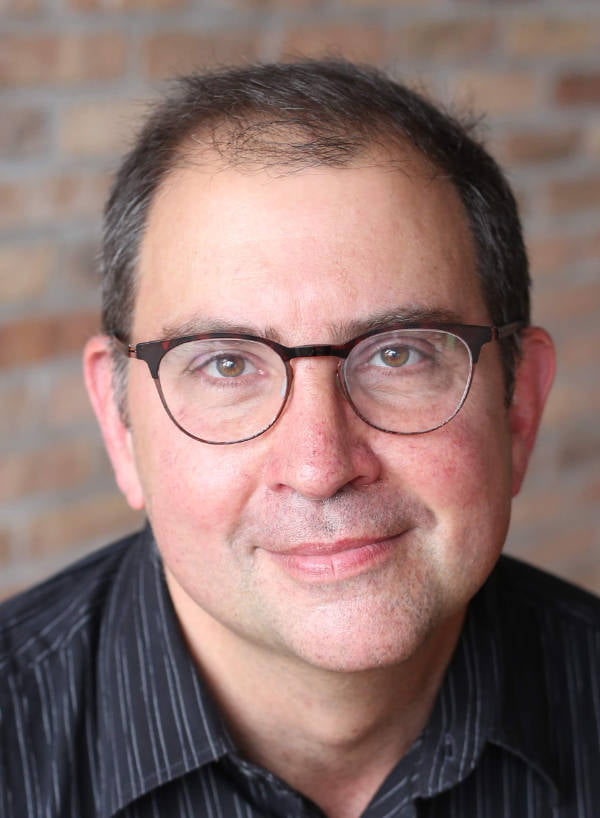 Theater Wit's Teenage Dick is a scrappily defiant, even noble insistence on the part of producers that the artists’ work on their small stages not simply disappearLaura Collins-Hughes, New York Times

RECOMMENDED! Striking in its emotional resonance. Theater Wit has seen the needs of their artists, and found a way to help their art reach the public.Lauren Katz, Picture this Post

Compelling! Get comfortable, grab a hot drink, and stream some Chicago theater.Broadway World

Genuinely touching! Not just the best we can do in troubled times, but a truly worthwhile experience.Chicago on Stage

★★★ Very strong! Had me on the edge of my seat (well, couch). Chicago Stage Standard 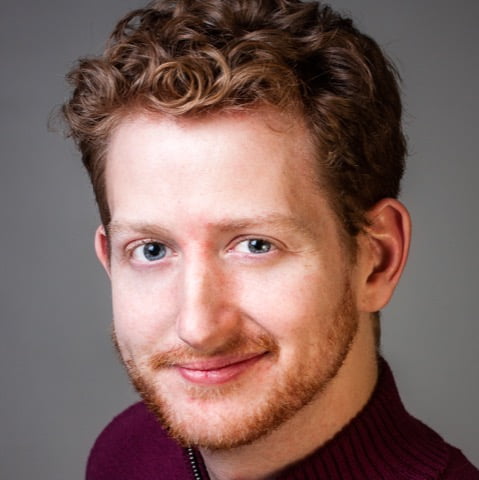 MacGregor received his BA in theatre perfomance from Western Michigan University and his MFA in acting from the University of California, San Diego. Since then he has acted all around the country, most recently at the Oregon Shakespeare Festival where he played Silvius in AS YOU LIKE IT and Lennox in MACBETH. He has also played Christopher in THE CURIOUS INCIDENT OF THE DOG IN THE NIGHT-TIME and Fielder in HOODED, OR BEING BLACK FOR DUMMIES at Mixed Blood in Minneapolis. In Denver, MacGregor played the Baker in INTO THE WOODS with Phamaly Theatre Company at the Denver Center of Performing Arts, and in Washington DC, he played Jonas in GOING TO A PLACE WHERE YOU ALREADY ARE with Theater Alliance at the Anacostia Playhouse. MacGregor currently lives with his wife in Chattanooga, Tennessee where he develops independent films with his production company, Rag n' Tag Productions. 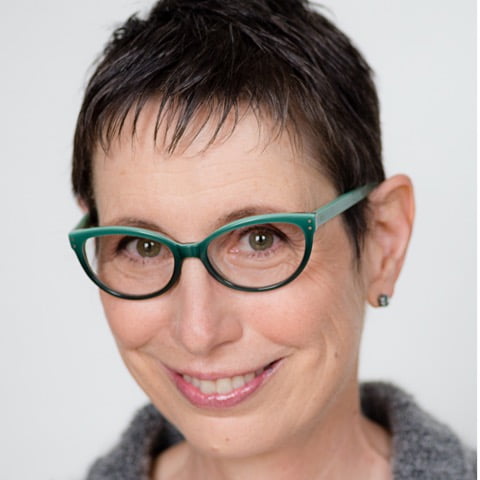 Liz is thrilled to be working with Theater Wit on TEENAGE DICK. She received an After Dark Award and a Joseph Jefferson citation nomination for her performance of Charlotte Bronte in Bronte. You can see her performing in full habit as Sister in the long running one-woman (or more correctly one-nun) comedy LATE NITE CATECHISM (Royal George Theatre). Credits include the Fool in KING LEAR (Redtwist Theatre), THE LARAMIE PROJECT (AstonRep), Miss Prism in THE IMPORTANCE OF BEING EARNEST (CenterStage), LETTERS HOME (Griffen Theatre), Kathleen in FLANAGAN’s WAKE (The Noble Fool Theater), Mrs McBride in BIBLE BINGO (Nuns4Fun Productions), the Shepard in THE WINTER’S TALE (Odds Bodkins) as well as the terse librarian in the independent film AMERICAN FABLE. A founding member of the improv comedy ensemble, The Free Associates, she is represented by Lily Talent. 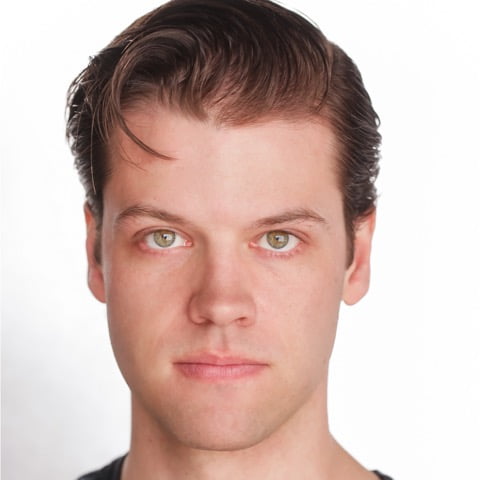 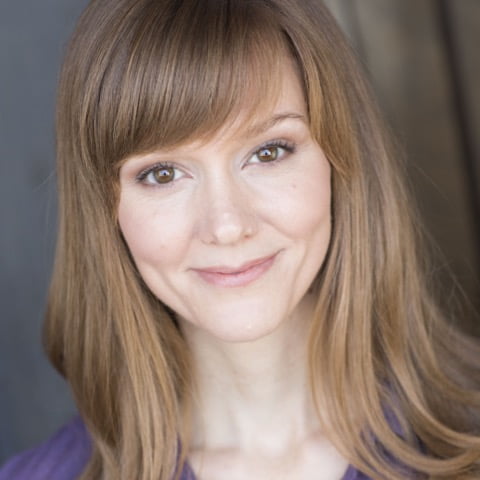 Jodi is grateful to be working with Brian and Theater Wit on this wonderful play! Jodi recently returned from performing SONG OF HOME in Poland and Moldova. Chicago credits include: LA BOHEME (Lyric Opera of Chicago), Thaisa in PERICLES, Celia in AS YOU LIKE IT, Isabella in WOMEN BEWARE WOMEN, Susanna in CARDENIO (Shakespeare Project) Regional credits: Lady Windermere in LADY WINDERMERE'S FAN (Pittsburgh Irish and Classical Theatre), Belle in A CHRISTMAS CAROL (Pittsburgh CLO), Becky in BECKY'S NEW CAR (The REP Playhouse), Heidi in [TITLE OF SHOW] (The Company of Pittsburgh). She holds an MFA in Acting from Point Park University and has trained with SITI Company. Jodi is proudly represented by Lily’s Talent. 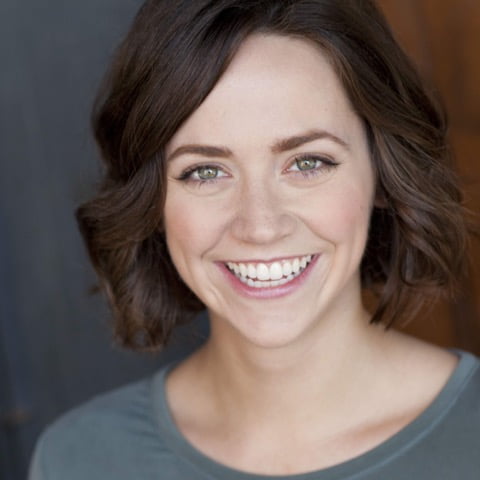 Kathleen Niemann (US—Anne and Clarissa) is thrilled to be joining the team at Theatre Wit for the first time! She has recently been seen touring the U.S. with Griffin Theatre’s INNOVATION NATION LIVE! and performed a solo show she wrote and choreographed herself called THE ONES TO REMEMBER. She is a graduate of Ball State University and is proudly represented by Gray Talent Group. You can learn more about her at kathleenniemann.com! 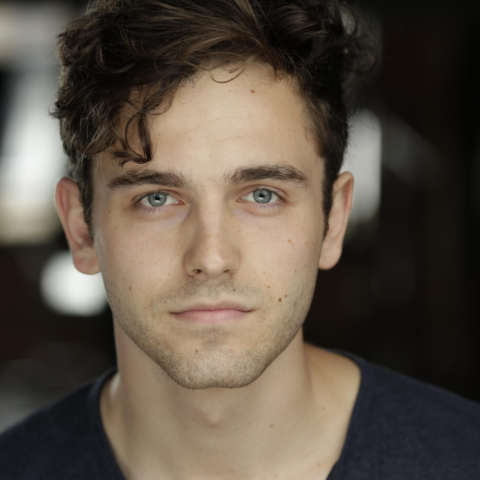 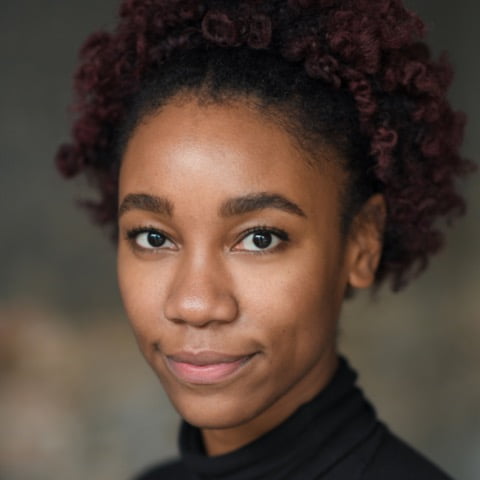 Courtney Rikki Green is thrilled to be making her Theater Wit debut in such an exciting piece. She received her BFA in Acting from Syracuse University (’18) before relocating back to her hometown of the Windy City. She is an original cast member of Chicago’s DRUNK SHAKESPEARE, where she performs weekly. She is proudly represented by DDO Chicago. For more, check out her website: www.crikkigreen.com and feel free to follow her on Instagram @c.rikkigreen 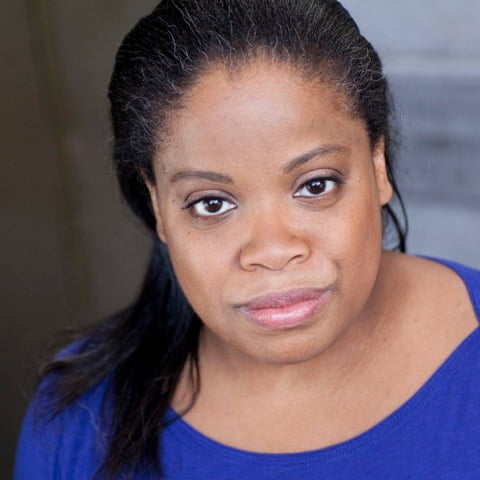 Terri is excited to be making her understudy debut with Theater Wit. She is an actor and interdisciplinary performance artist living in Chicago. She has most recently appeared in Stage Left Theatre's reading/workshop of THE VOLUNTEER, Pop Magic/Global Hive Laboratories' MEDUSA and Chicago Inclusion Project's reading of THE GLASS MENAGERIE. She is signed with BMG Talent. 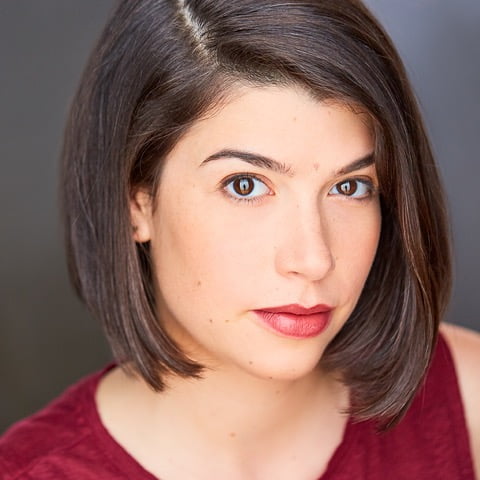 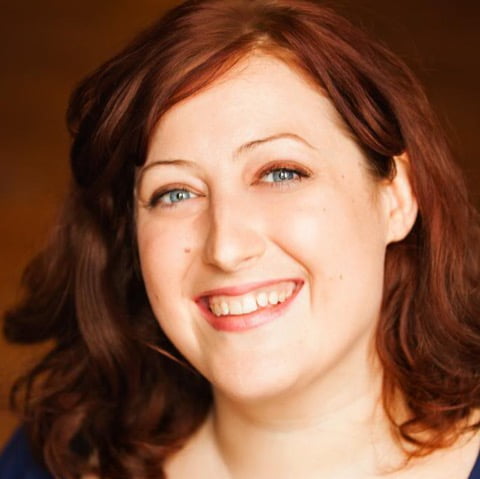 Tamara is a writer, teacher, performer and storyteller from Tallahassee, FL. She contributed to the "A Ramp is Not Enough: Religion and Disability Conference" at the Graduate Theological Union in Berkeley, CA and has given workshops, corporate trainings and presentations on a variety of topics for BMO Harris Bank, Hyatt Hotels, The Southern Shakespeare Company, Camp Horizon for adults with physical disabilities, Columbia College, Notre Dame De Namur University, University of the Pacific and California State University, East Bay.

Tamara is a graduate of the Second City's Sketch Writing and Conservatory programs and iO Theater’s improvisation program. She has been featured in The Bentwood Comedy Festival, The Chicago Sketch Comedy Festival and Chicago Women’s Funny Fest. Tamara has written and appeared in the original sketch comedy revues “Wigs & Bad Accents, or Identity Politics”, “16 and Pagan”, and “A Box Full of Kittens.” She improvises at iO Theater with the team “Bad Bear.” Since 2015 she has been involved involved with Tellin’ Tales Theater and has contributed to several productions, including “Six Stories Up in a Snowstorm” “Divercity,” Lifeline Theatre’s “Filet of Solo” and The Lyric Opera’s “Chicago Voices, Community Created Performances.” She is thrilled to be appearing in her first production with Theater Wit! 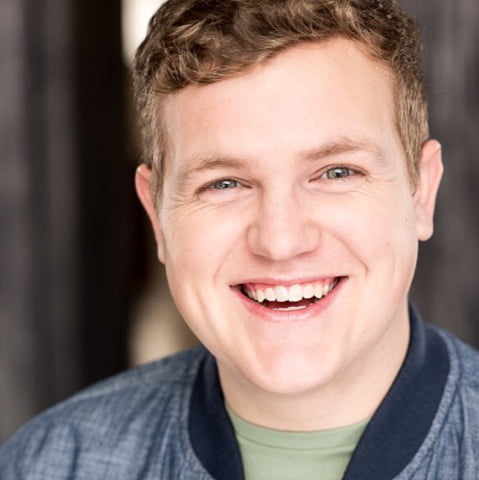 Matthew Schnitker is thrilled to be working with Theater Wit! Hailing from Florida, he graduated from the University of West Florida with a B.A. in Acting. Recent Credits include NON-PLAYER CHARACTER (Red Theater), CURIOUS GEORGE (Northbrook Theatre for Young Audiences) and WE FOUND A HAT (Lifeline Theatre). Matthew is currently a Red Theater company member and this summer Matthew will be apart of Red Theaters production of 45 PLAYS FOR 45 PRESIDENTS. Many thanks to his family and friends for all of their love and support.